A downloadable game for Windows and macOS

POST-JAM UPDATE - 1.0 version has a new "credits" screen with our logo (and strange sound effects!). Also, we have fixed some previously-unknown minor bugs!

"When the spring comes, new forms of life start to spread across the world: the sunrays hit your eyes with their renewed force, the natural light of the sky seems to pervade every corner, giving birth to tiny creatures that sing in the forgotten green meadows where even Peace comes to rest. It's that time of the year when the lizards wake up from the long winter sleep to breathe the fresh vernal air.
Even if my body feels the heat of the new season, my cursed thoughts haunt me everywhere, and force me to follow an illogical path through the streets of my little town.
Maybe there is a place for me, out there, where I could find a new reality.
Where I could find... You."

Luscengola* is a short slice-of-life visual novel with some point&click elements and three different endings. The story is narrated from a first-person perspective: the main character remains practically undefined and somehow anonymous.

The graphics fuse photographs, videos and drawings to create a virtual exploration of our small town in the italian suburbs.

The game was developed in four weeks (during the TyranoBuilder Spring Jam 2017) by the "expandable duo" fintopiccante: furunfi (graphics, photos, UI, design) and illud (writing, videos, bugs and stuff).

The original soundtrack for the game was composed by Marco Caizzi, a.k.a. "Pikkio Mania", a member of the italian band Rainbow Island!

Hope you enjoy our work!

- click on the other icons = menu, options and so on!

- saving and loading one of the endings may cause a little graphical glitch (no game-breaking bugs reported, though!)

- the game has been tested mainly with the Win version: feel free to contact us if you find problems with the Mac one!

Some of our sources of inspiration are: Where the Wild Things Are, Bridge to Terabithia, Coo no Sekai, Boku no Natsuyasumi, My Neighbor Totoro and Kylooe! 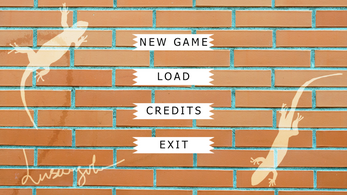 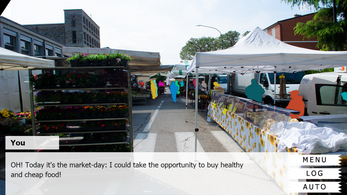 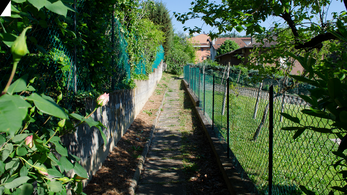 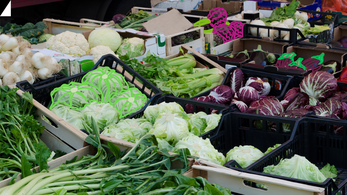 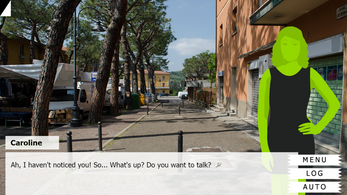